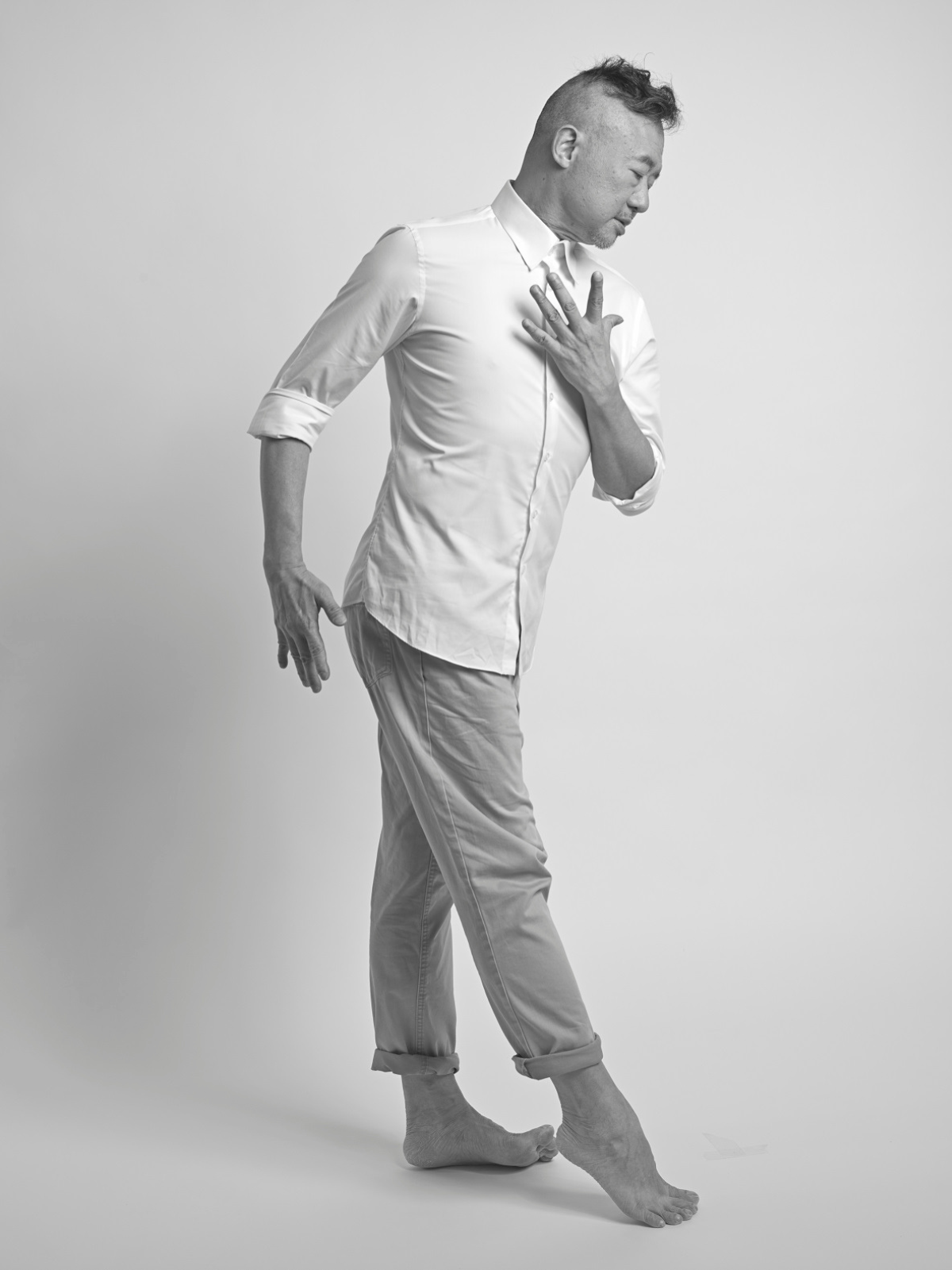 Born in Hong Kong and an experienced dance artist, Yuri Ng has been involved with ballet, contemporary dance, drama, classical music and a cappella, as well as stage setting and costume design. He began classical ballet training with Jean Wong at the age of six, going on to win scholarships to study in Canada and the United Kingdom. He was awarded the Adeline Genée Gold Medal from the Royal Academy of Dancing (RAD) in 1983 before joining The National Ballet of Canada as a dancer.

Yuri Ng is currently the Artistic Advisor of Yat Po Singers. He was the Hong Kong Sinfonietta’s Artist Associate from 2011-2013. 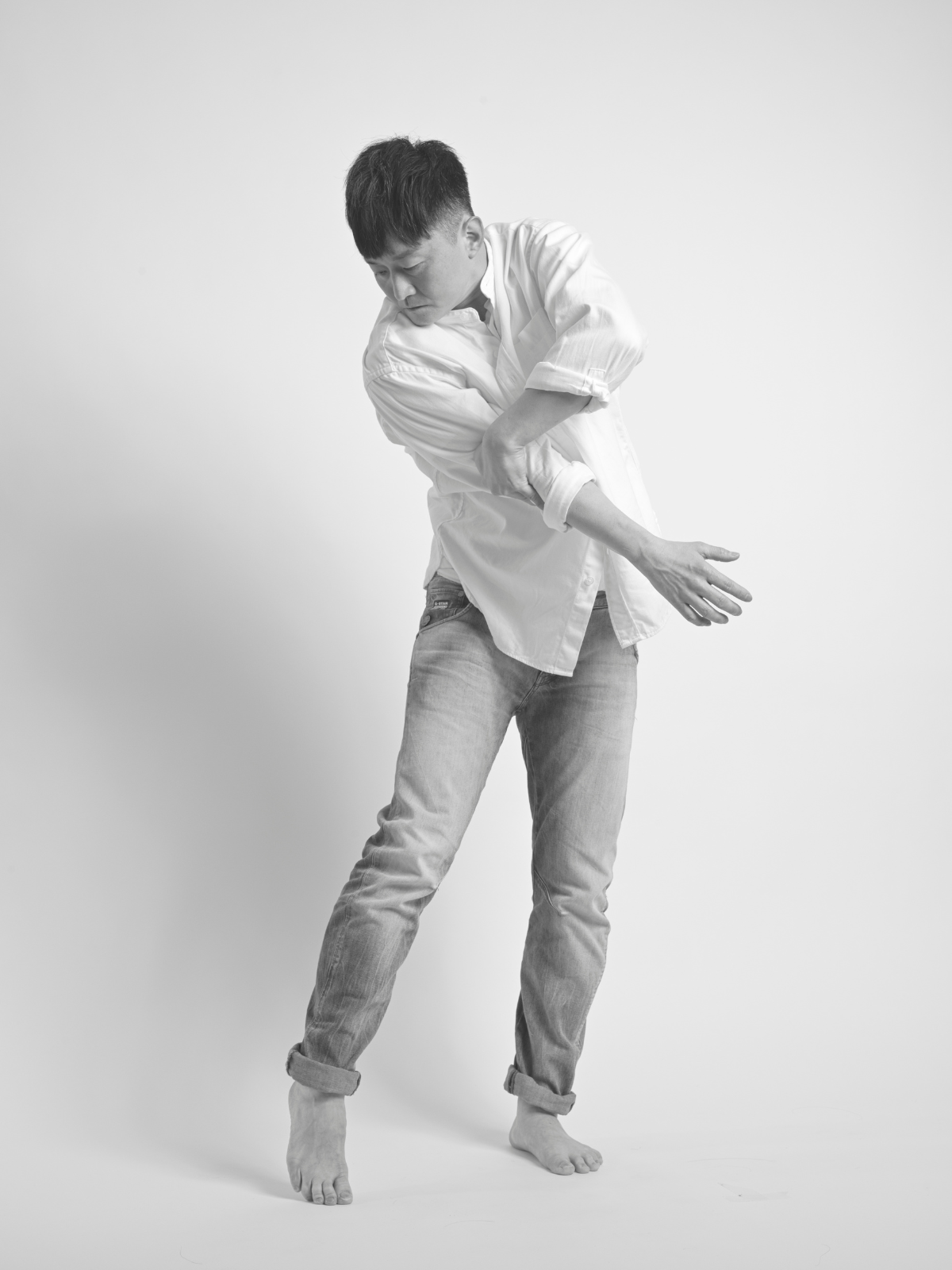 Dominic Wong was a TV artist for Asia Television Company from 1990 to 1992. He studied modern dance in The Hong Kong Academy for Performing Arts. He joined CCDC after his graduation in 1996 and was promoted as Associate Artistic Director in 2016. He was appointed as Acting Artistic Director since November 2019. He received 2001 and 2013 Hong Kong Dance Awards “Outstanding Performance by a Male Dancer” for his performance in Plaza X and The Comedy of K respectively. He is one of the founding member of the Zero Zero Ensemble. Wong’s choreographic work Men’s Chop Suey (All of A Sudden, 2003) was invited to rerun in the 1st Guangdong Modern Dance Festival. He also choreographed widely for other dance companies including Zero Zero Ensemble, BiLiBaLa Physical Theatre and E-Side Modern Dance Company. Other choreographic works include E.Y.T. (2007), Xtremely Four Seasons (2008), What’s Next? (2009), Punk Side Story (2010), Blind Chance (2012), Second Thoughts (2014), Travelogue (2016) (previous title: Little Pieces), The Little Prince (2017), Day After Day in Season(s) (2018) and The Odyssey of Little Dragon  (2019). Xtremely Four Seasons and Blind Chance were invited to rerun in the 6th and 9th Guangdong Modern Dance Festival. Xtremely Four Seasons and What’s Next? were both hailed by South China Morning Post as one of the “Best Dances” in 2008 and 2009 respectively. Travelogue was awarded the Outstanding Medium Venue Production at The 19th Hong Kong Dance Awards. 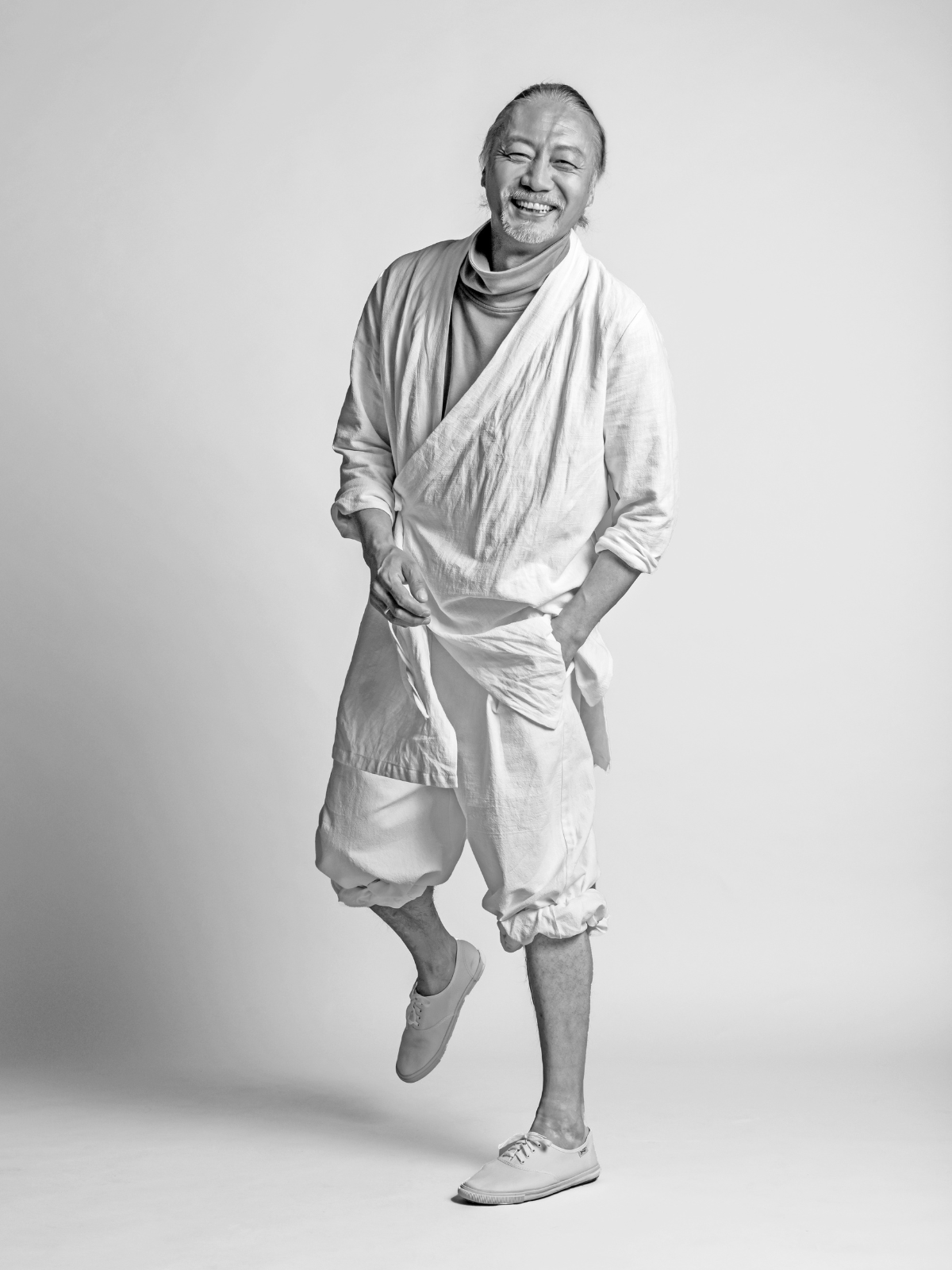 CCDC Resident Choreographer Sang Jijia has won numerous international dance awards as well as the Asian Cultural Council Fellowship to study in the US. In 2002, he was chosen by the Rolex Mentor and Protégé Arts Initiative to study choreography under William Forsythe in Germany and stayed on at Ballet Frankfurt and the Forsythe Company as assistant choreographer and dancer. Sang returned to China in 2006 and, since then, has created a number of full-length works for BeijingDance/LDTX, Guangdong Modern Dance Company and CCDC. He has received commissions from famous dance companies across the world, including the Norwegian dance company Carte Blanche and Spellbound Contemporary Ballet, Italy. Sang is celebrated for his extremely physical and emotional movement language and his use of electronic music to interpret abstract concepts. 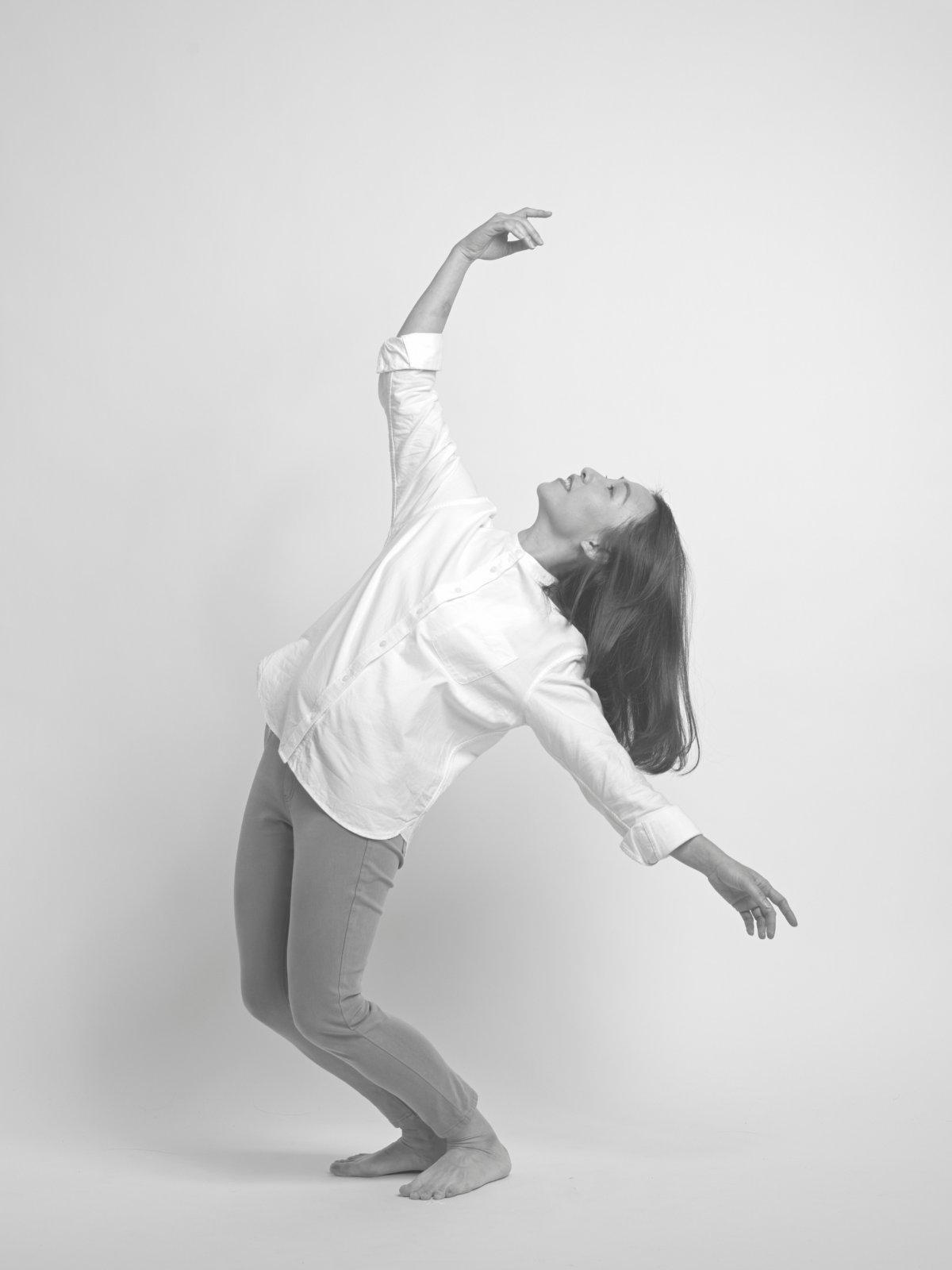 Melissa Leung graduated in Sports Science and Physical Education from the Chinese University of Hong Kong. Then she pursued her professional development in theatre in Singapore. She was a graduate in “The Theatre Training and Research Programme” (TTRP, now known as Intercultural Theatre Institute, ITI). There, she received training in contemporary performance backed up by Taiqi and meditation, physical movement, post-Stanislavki acting techniques; and four classical Asian theatre forms, namely Bharatanatyam, an ancient Indian dance art, Wayang Wong, an Indonesia court dance; Beijing opera and Japanese Noh. Leung also pursued her master’s degree in Drama at The Hong Kong Academy for Performing Arts. She is among the first batch of graduates with a major in Dramaturgy. Leung is currently the Company Dramaturg of CCDC.

Leung was the Assistant Artistic Director (Education) of CCDC from 2018 to 2021. She directed a three-year “Jockey Club Contemporary Dance Literacy and Learning Project”, funded by the Hong Kong Jockey Club Charities Trust. This project was awarded the 14th Hong Kong Arts Development Award Certificate of Merit (Non-School Division) for Arts Education and the Outstanding Dance Education or Community Dance Award at the Hong Kong Dance Award 2020.

A very all rounded theatre practitioners, Melissa is known for her intense and exquisite physical acting. She cooperated with different dancing organisations and theatre associations, including Theatre du Pif, On & On Theatre Workshop, Unlock Dancing Plaza and Ho Bit Goon. Her recent works include Phenomenon of Man: REVOLVER 2021 (with On & On Theatre Workshop); A Fork In The Road (produced by On & On Theatre Workshop); Where is Our Sea? (Littlebreath Creative Workshop 2019 Community Cultural Ambassador project) and The Kassandra or the World as the End of Representation (presented by Littlebreath creative workshop, received the award for performer of the year at the IATC(HK) Critics Awards 2018). Also she is a movement coach at the production Stragglers by The Hong Kong Dramatist. 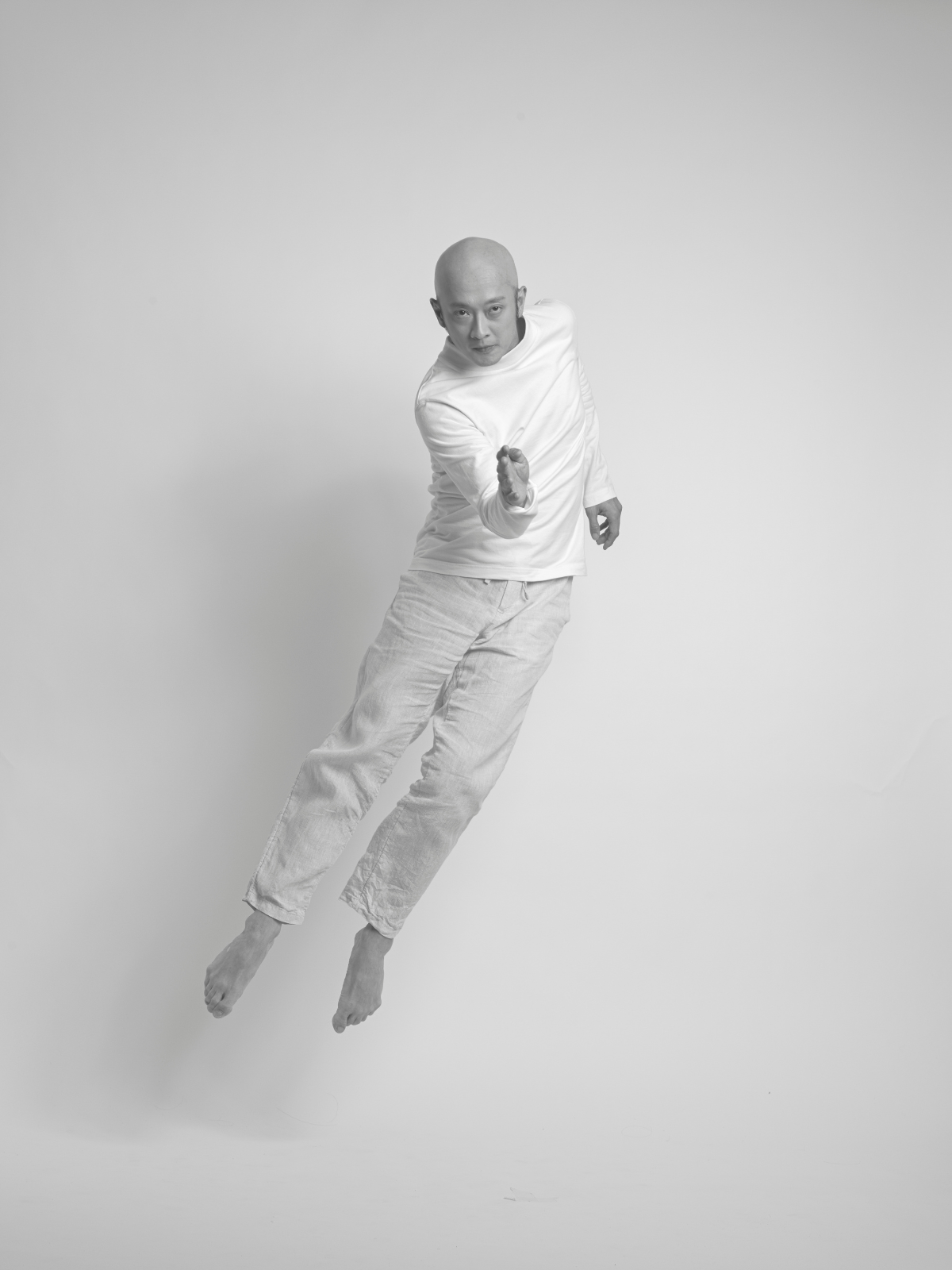 Bruce Wong graduated in Contemporary Dance from The Hong Kong Academy for Performing Art. The recipient of numerous scholarships was chosen to represent the Academy several times on overseas tours. In 1998, he took part in American Dance Festival under an Asian Cultural Council fellowship. After graduating in 2000, Wong joined CCDC as dancer. In 2009, he left to study for a master’s degree at Hollins University in the U.S. on a Jockey Club Scholarship. A year later, he was among several young dancers chosen for the prestigious Rolex Mentor and Protégé Arts Initiative. He returned to CCDC in 2012 and was promoted to Rehearsal Master in 2019.

His recent choreographic works include The Legend and The Hero 2011 (with Willy Tsao and Dominic Wong); Dress Me Down in Strip Teaser 2012; Re/dis-connect in It’s My Turn 2013; How to Become … in Eureka 2015; Why Not Kill Us All… 2017; The Odyssey of Little Dragon 2019 (Co-choreographer); Stay/Away 2019 (with Frankie Ho); A Lover’s Concerto 2020 and Listen Carefully in Days are Numbered 2021. Of all, Why Not Kill Us All… and Days are Numbered received the Outstanding Medium Venue Production at the Hong Kong Dance Awards 2018 and 2022 respectively.

Wong is also passionate about martial arts. He has won champions in the martial arts champion Baguazhang and Neijia Quan at the Hong Kong Open Wushu Championships.

Social media & sharing icons powered by UltimatelySocial
如閣下繼續瀏覽，即表示了解及同意我們使用 Cookies、及接受有關條款和細則及私隱政策。 We use cookies to enhance your browsing experience. If you continue to use this site, we assume that you are happy with it.同意 ACCEPT